Project B3-1: Flood Risk to Assets and Socioeconomic Sectors in a Changing World: Prevention, Adaptation and Mitigation Strategies 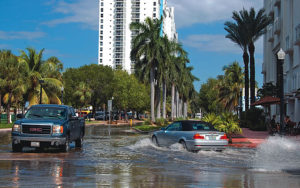 of the US. The analysis is conducted based on high-resolution data and models for terrain, land use land cover, climate, hydrology, built and natural infrastructure systems as well as socioeconomic information. Risks to major and catastrophic events along with nuisance flooding are characterized for the near future, mid-century and late-century conditions.

Key objectives of the study are to assess the physical, social and economic vulnerabilities, social environmental justice implications, and impacts of solutions such as sustainable drainage networks (SUDS) and green infrastructure (GI) on mitigating the increasing risk to flooding events. 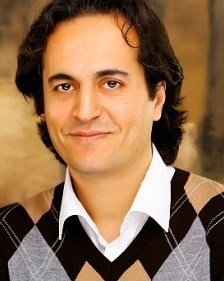 Dr. Mazdak Arabi is the Borland Endowment Professor of Water Resources in the Civil and Environmental Engineering Department at CSU. He serves as the Director of CSU’s One Water Solutions Institute.  His research, educational, and engagement activities are primarily focused on the development of decision support systems for sustainable management of water resources. Dr. Arabi has developed novel system identification and optimization approaches to facilitate development of solutions for reliable and resilient regional water systems. He is the principal inventor of the environmental Resources Assessment and Management System (eRAMS), a cloud-computing technology for integration of location-based information with simulation models of water, food, and energy systems. The eRAMS platform currently supports more than 200 analytics and decision tools that have been developed in collaboration with other research institutions as well as federal, state and local government agencies.  Dr. Arabi also serves as the Director of several major research programs, including the National Science Foundation’s Urban Water Innovation Network, the Environmental Protection Agency’s Center for Comprehensive, optimal and Effective Abatement of Nutrients (CLEAN Center), and the Water Sustainability & Climate Center.