Rick Bastasch, Oregon Water Resource Expert & Author, Retired.  Rick is an expert in Oregon’s water resources with a special emphasis on the Willamette River. Author of the Oregon Water Handbook (OSU Press, 2006), his specialties include Oregon rivers, western water law and water rights.  Prior to retirement Rick led the development of the Rivers Office for the City of Portland. Here he designed initiatives to establish collaborative relationships among Willamette River communities, and to reconcile competing program requirements for river-related recreation, economic development, and ecological restoration.  Before he joined the City of Portland, Rick was the Pacific Northwest Hydrologic Development Coordinator where he facilitated development of a major research proposal to establish a National Science Foundation-funded hydrologic observatory that would compare and contrast the Willamette and Deschutes Basins.  In 2008, he was appointed by Governor John Kitzhaber to launch a new non-governmental conservation organization, the Willamette Restoration Initiative.  Rick received his bachelor’s degree in Earth Science and Masters of Science in Resource Geography from Oregon State University. 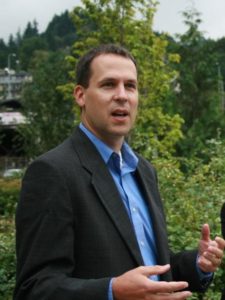 Bobby Cochran, Executive Director, Willamette Partnership.  Bobby Cochran is the Executive Director for the Willamette Partnership, a nonprofit coalition of business, environmental, and other leaders working to enhance the pace, scope, and effectiveness of restoration in the Northwest. It specializes in the design and operation of emerging markets for ecosystem services. Bobby has worked on market-based policies for environmental organizations, a water utility, and international efforts. He received a Ph.D./M.A. in Urban Studies/Conflict Resolution from Portland State University, and his Masters in Public Policy from the University of Southern California. 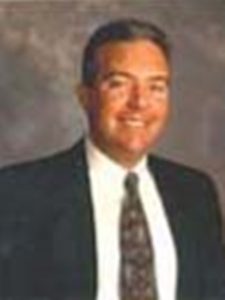 Jim Duggan, Senior Engineer & Site Development Manager, Beaverton Department of Public Works. Jim is a registered professional engineer specializing in civil and environmental engineering. He is also an elected Water District Official on the Board of Commissioners in the Tualatin Valley Water District (TVWD). A lifelong resident of the District, Jim currently is the TVWD representative to the Regional Water Providers Consortium Board. Jim believes the District must be continually vigilant and actively pursue partnerships with the other water providers in the region to ensure emergency supplies, explore economic efficiencies, and properly plan for growth. Jim thinks the District must also maintain its focus on consistently providing excellent service to all its customers. He currently serves as Board Secretary. 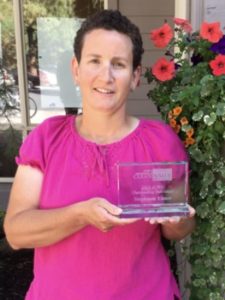 Stephanie Eisner, Wastewater Operations Manager, City of Salem & Chair, Oregon Assoc. of Clean Water Agencies. Stephanie is a manager of a department that operates various treatment processes 24 hours a day, 365 days a year, to meet the water quality requirements necessary to protect the Willamette River. She was recognized as the 2015 Outstanding Individual for her leadership as the ACWA chair, Vice Chair, and Water Quality Committee co-chair. Stephanie has served on the ACWA Board since 2008. Her technical skills and willingness to serve on a number of ACWA and DEQ advisory committees, along with routinely volunteering for ACWA special projects, is a tremendous ACWA asset. Stephanie brings strong technical knowledge, a profound understanding of policy issues, and a quiet confidence to every project she tackles. 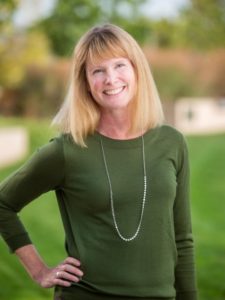 Allison Hensey, Willamette River Initiative Director, Meyer Memorial Trust.  Allison is driven to work collaboratively to improve the wellbeing of Oregon’s people, environment and communities. She began working with the Meyer team in 2015, after a childhood spent on Western rivers and a career in collaborative conservation.  Prior to Meyer, Allison led the Sustainable Agriculture and Watersheds Program at Oregon Environmental Council, and before that, served as a Policy Analyst with the Oregon Watershed Enhancement Board. She also volunteers as a board member with the East Multnomah Soil and Water Conservation District, which helps people care for land and water. 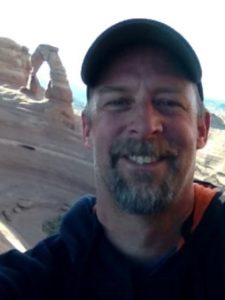 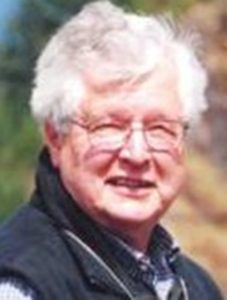 Wayne C. Huber, Profesor Emeritus, Civil & Construction Engineering, Oregon State University. Dr. Huber’s technical interests are principally in the areas of urban hydrology and stormwater management, nonpoint source pollution, and transport processes related to water quality. He is one of the original authors of the Environmental Protection Agency’s Storm Water Management Model (SWMM) and more recently contributed to EPA’s development of version 5 of that model.  Prior to his position at Oregon State, Wayne was a professor of Environmental Engineering Sciences at the University of Florida.  Wayne earned his Bachelors of Science from the California Institute of Technology and his Masters of Science and PhD from Massachusetts Institute of Technology 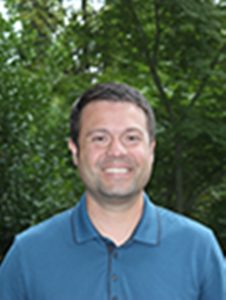 Jim Meierotto, Water Supply Program Coordinator, Tualatin Valley Water District.  Jim is helping lead the public communications team for Tualatin Valley Water District’s (TVWD) Willamette Water Supply Program. He also oversees the operations and maintenance for the Valley View water district, which is managed under contract by TVWD. Prior to his role on the supply program, Jim oversaw the residential water conservation program for the District. His responsibilities included the marketing and promotions of a comprehensive and diverse set of rebate programs for residential customers. He was also responsible for monitoring and managing high bill calls from residential customers as well responding to customer’s questions and concerns. Jim’s communications career began with electric utilities in Idaho and Oregon. Jim has a B.S. in Natural Resource Management from the University of Idaho. 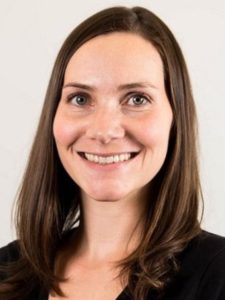 Brooke Mittermann, Manager of Strategic Energy & Sustainability Programs, Ecova.  Brooke characterizes herself as a “sustainability savant” at Ecova, where she guides multi-site commercial businesses through a complex maze of business critical sustainability issues to reduce resource consumption across large portfolios and make the world just a little bit better.  Brooke has championed sustainability programs for Ecova since 2012, turning ideas into results and leading strategic resource projects to meet and exceed reduction targets. Partnering with clients across the country she manages implementation of operational and equipment efficiency measures.  Brooke is a Certified Energy Manager and Project Management Professional.  She earned her Honors Bachelors of Science in Electrical Engineering from Oregon State University and received her MBA in Sustainable Business Practices and Marketing from the University of Oregon. 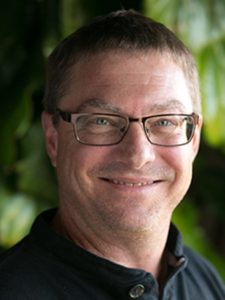 Karl Morgenstern, Environmental Supervisor & Source Water Protection Coordinator, Eugene Water & Electric Board (EWEB). Karl has spent the last fifteen years at EWEB developing and implementing a drinking water source protection program to safeguard Eugene’s sole source of drinking water- the McKenzie River. Karl also supervises EWEB’s property management group. Prior to EWEB, Karl spent 10 years at the Oregon Department of Environmental Quality (DEQ) and seven years as an environmental consultant managing high priority cleanup at abandoned hazardous waste sites and responding to hazardous material spills. He received a bachelor’s degree in geography from the University of Kansas. Karl is on the Board of Directors of the East Lane Forest Protection Association; serves as President on the Board of Directors for Cascade Pacific Resource Conservation & Development; and is on the Board of Directors for Carpe Diem West. 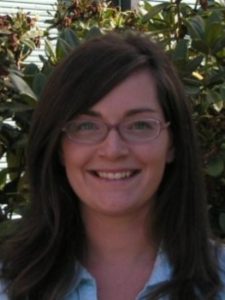 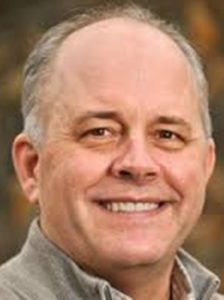 Bruce Roll, Director – Watershed Management Department, Clean Water Services. Bruce is the Director of Watershed Management for Clean Water Services (CWS) and the nonprofit Clean Water Institute (CWI) in Hillsboro, Oregon.  With 25 years’ experience protecting public health and the environment, Bruce has been instrumental in developing innovative regulatory frameworks that expand the scale and pace of landscape conservation. Since 2007, Bruce has managed one of the Nation’s largest landscape conservation programs that targets riparian and flow restoration in the rural and urban communities of the Tualatin Watershed (www.jointreeforall.org). During his tenure at CWS, more than 110 river miles have been restored across more than 20,000 acres in the Tualatin Watershed.  Bruce attended Colorado State University where he received a BS in Environmental Microbiology.  In addition, Bruce received a MS and PhD from the Water Resources Research Center at the University of Hawaii and a MPH in Management from the School of Public Health. 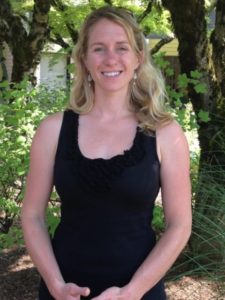 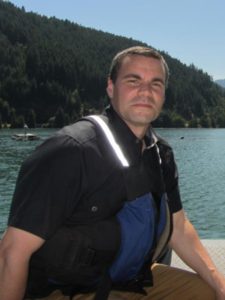 Greg Taylor, Fisheries biologist, U.S. ACOE. Greg is the Aquatic Stewardship Advisor for Fisheries for the Corp of Engineers’ Willamette District. For the past several years as a fish biologist for the Corps of Engineers, he has had a major role in planning and implementing salmon enhancement and recovery projects. Few people know and understand the issues facing McKenzie River salmon recovery better than Greg. 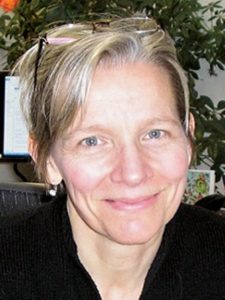