By Jorge A. Ramirez

For the full report of this study, click here.

Comparison of projected future water demand and supply across the conterminous United
States indicates that, due to improving efficiency in water use, expected increases in population
and economic activity do not by themselves pose a serious threat of large-scale water shortages.
However, climate change can increase water demand and decrease water supply to the extent
that, barring major adaptation efforts, substantial future water shortages are likely, especially in
the larger Southwest. Because further global temperature increases are probably unavoidable,
adaptation will be essential in the areas of greatest increase in projected probability of shortage. 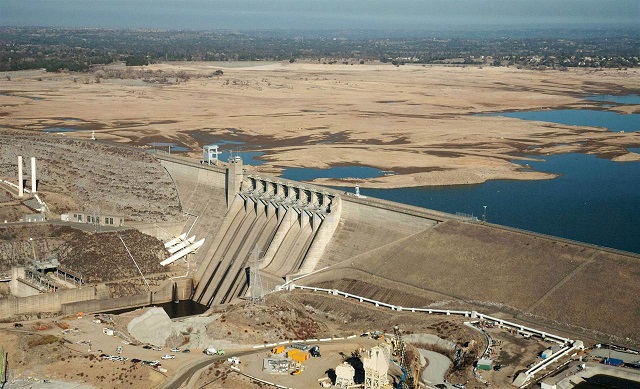 In this study, vulnerability was evaluated as the probability that water supply is insufficient to meet demand. Current and future water supplies were estimated as local freshwater yield plus the contribution of reservoir releases, inflow from upstream, and water transfers. Demands were estimated as desired consumptive use based on projections of water use drivers and extension of trends in rates of water withdrawal per unit of driver. The analyses were completed for nine separate alternative climatic futures corresponding to three emissions scenarios and to different Global Circulation Models (GCMs). All 98 basins that make up the coterminous United States, called Assessment Sub-Regions (ASRs), were included in this assessment.

Our findings show that the Southwest and central and southern Great Plains are the more vulnerable areas to future climatic and socio-economic changes. This analysis adds to prior work in several ways including an accounting for reservoir storage, trans-basin diversions and routing of water among basins, a more comprehensive effort to project future desired water use, and a probabilistic approach to vulnerability.

We find that in some ASRs future increases in the vulnerability of the water supply depends more on reductions in water yield than on growth in water demand. This is supported by the fact that water use has leveled off in recent years as irrigated area in the West has diminished and withdrawal rates in nearly all sectors have dropped. Moreover, although climate change is expected to increase water demand, future reductions in withdrawal rates will mitigate that impact so that overall increases in desired water use in some ASRs are expected to be modest in comparison with the effect of climatic changes on water supply.

The findings of this analysis assume no major modifications to the physical structure of U.S. water networks, and reflect the very simple reservoir operating rules we employed. In addition, in-stream flow requirements and trans-ASR diversions were set constant, thereby ignoring possible future changes in surface water redistribution. Indeed, it was the purpose of this assessment to point to those locations where adaptation will be most needed. Options for avoiding shortages include enlarged trans-basin diversion capacity, within-basin water transfers, forward-looking reservoir operating rules, conjunctive management of surface reservoir storage and groundwater storage, and enhanced water conservation efforts. Because about 80% of the total consumptive use is currently in agriculture, and most water transfers that now occur are from agriculture to other sectors, additional transfers from agriculture are likely.

A traditional option for avoiding shortages is to increase reservoir storage. However, our simulations at the ASR scale show that only a few areas in the West would benefit from additional storage. In other locations storage levels either do not drop to zero or, if reservoirs do empty they never recover. This latter situation is most dramatically demonstrated along the Colorado River, where storage levels in the ASRs containing Lakes Powell and Mead are projected to drop to zero and only occasionally thereafter add rather small amounts of storage before emptying again. Thus, major increases in reservoir storage capacity do not appear to be a successful adaptation strategy in many of the most vulnerable regions. It is important to note, however, that these results apply to aggregate ASR storage, and do not preclude the possibility of useful additions to storage in selected upstream locations.